Hello Wanderers!
This post is dedicated to my short but awesome stay in breathtaking Antigua! And it’s the perfect ‘to see’ list if you are visiting on a cruise or if you are island hopping, giving you ideas for the ultimate itinerary to do in a short time!
I’ve been performing on board Silver Wind for a month and a half now and I’m making the most of the wonderful itinerary we are currently following, cruising Florida, Puerto Rico and several islands in the Caribbean. I’m loving the Caribbean sea so much, as you can probably imagine!
Former British colony until 1981, Antigua is nowadays, along with its sister island Barbuda, a fully independent country (yay! Another country to tick off my list!). It’s perfectly possible to visit the highlights of the entire island in one day, like I did, but of course I will also give you a few tips and suggestions in case you have more time and you want to indulge in the stunning beauty of this place.

My day started with a relaxing morning at Dickenson Bay, absolute paradise if you like talc white sand and gorgeous clear waters. The bay stretches for a huge length and you can find plenty of resorts and restaurants all along.
My friends and I chose the area next to the Sandals Resort, highly recommended if you are a passionate Instagrammer: along the beach here you can find a red London-style phone booth, a little pier with wicker cocoons with tables and benches, beach four-poster beds with pink curtains and driftwood panels (at the lovely Ana’s On The Beach restaurant), lots of green coconuts casually abandoned on the sand and so on…
I was at the beach by 9:45 a.m., so I asked the barman a cocktail without alcohol. He said ‘Sure’, and started pouring two shots of dark rum in a shaker. I could have stopped him, but I firmly believe that when life puts on your way someone that knows you so well at a first glance, interfering with the masterplan would be a sin. So yes, I was pretty much merry by 10 a.m..
Dickenson Bay is not only amazing if you enjoy the milky-pink shades of the sand through the water when you are bathing and doing an absolute nothing: it’s also a great location for water sports, so get on a jet ski and dominate the Caribbean seas!

Processed with VSCO with m5 preset

Processed with VSCO with g3 preset

Other beaches worth exploring in Antigua are Half Moon Bay (where snorkeling and windsurfing are the main activities), Johnson’s Point and Crabb Hill (deserted beaches on the southwest coast, looking out toward Montserrat, Guadalupe and St. Kitts) and Pigeon Point (lovely views and restaurants/bars for your enjoyment).

After my beach morning I returned to the pier to join a bus tour of the island.
Our guide was a lovely and bubbly young lady called Mia. “Actually my name is Maria Belle, but there are so many Marias around… Plus, in Spanish this means that I’m yours!”, she cheerfully explained. Our tour started with a scenic drive in the direction of the Blockhouse Ruins: along the way we found a few interesting things, such as sugar factories with old outdoor machinery (sugar used to be the number one product to be exported worldwide from Antigua), big billboard that portrays Antigua and Barbuda’s national heroes (including Dame Nellie Robinson, who defied race inequalities opening up a school to bring secondary education to the non-white community), the Sir Vivian Richards Stadium (built for the 2007 Cricket World Cup and named after West Indies’ cricket team captain) and plenty of houses painted in the most vivid colours, like mint green, yellow, pink and purple. Apparently here people paint their houses with strong and bright colours because in the hot season the sun is so strong that it bleaches the colour out very quickly. I think the world would be a much better place if we had more mint green houses. Or lime green. Or whatever colour, really. 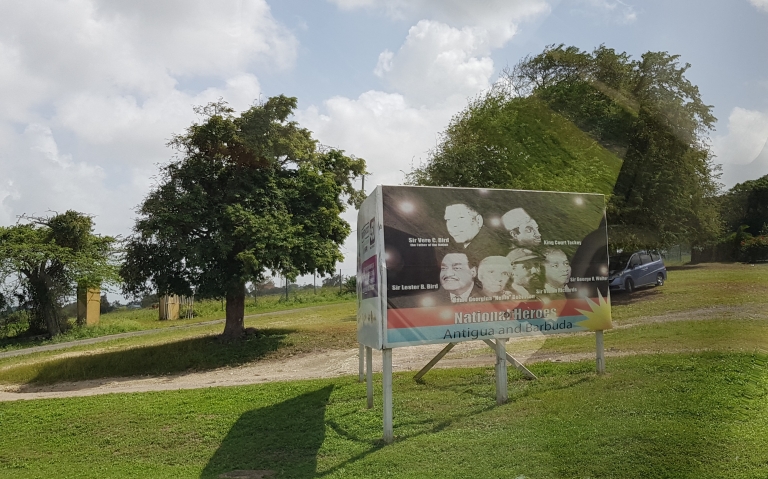 We arrived to the Blockhouse Ruins and the view was breathtaking! These ruins are part of the military complex known as Shirley Heights (named after the Sir Thomas Shirley, Governor of the Leeward Islands, who fortified the harbour and strengthened Antigua’s defences in 1781) and they are an incredible viewpoint, along with what is called The Lookout (situated nearby) which offers a great view of the English and Falmouth Harbours. If you want to know more about the island’s history and culture from Amerindian times to the present days, the Dow’s Hill Interpretation Centre offers a multimedia sound-and-lights presentation accompanied by running commentary and music (plus observation platforms for more awesome vistas of the surroundings).
Here are a few pictures I took at Shirley Heights, so you can see what I’m talking about! 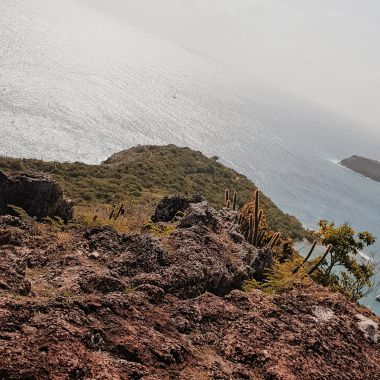 Processed with VSCO with m5 preset

The final stop of our tour was at Nelson’s Dockyard. Named after Admiral Horatio Nelson, this is the world’s only dockyard from the Georgian era still in use, hub for oceangoing yachts and headquarters for the annual Sailing Week Regatta (April-May). The whole area surrounding the marina is considered a national park of Antigua, and the Dockyard Museum (once the original Naval Officer’s House) presents ship models, trophies, maps and displays that recreate life in the English Harbour and pay tribute to the people who worked there. The marina is a lovely area for a stroll, with a few shopping places and bars (don’t leave before trying a rum punch). 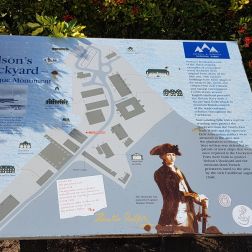 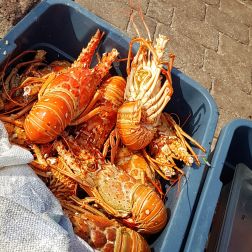 Antigua is such a fascinating island…  The sunshine, the sound of music from the houses, the sweet taste of the black pineapple (the national fruit here), those white sand beaches… Many sea turtles, including the gorgeous and endangered Hawksbill Turtles, come to the beaches in Antigua during the key nesting months to lay their eggs. Mia told us that when the baby turtles grow up and the time comes for them to lay their eggs, they always come back to the beach where they were born, like they hear a call to their origins, an instinct, a primordial sense of belonging. That’s exatly the feeling I had with Antigua, and so had many other people I spoke with. This is definitely an island that calls you back, and I hope I’ll have the chance to come back one day. In the meantime, let the wandering continue and see you all again soon for new adventures!
[Visit Antigua and Barbuda website for more info and ideas to plan your trip!]
Carlo
[Note: I had started drafting this post before the outbreak of Covid-19 became pandemic. I am now in isolation in my flat in London. I decided to keep on sharing my travel stories to keep the moral high, waiting patiently and hopefully for the time when travelling will be possible and safe again. 🙂 ]

View all posts by carlopavan